If there is one thing that Tha Native and I have in common, it’s a complete and utter disgust for bullshit, disrespectful Halloween costumes and idiotic holidays like Columbus Day. What the hell did Christopher Columbus ever do? Please don’t say that he, “sailed the ocean blue,” or that he discovered what is now known as The United States of America. Ya, he sailed the ocean blue. But he had a very bad idea of what he was going to do as there was already a very good understand

We have a very cool announcement to make that’s been a long time coming. There’s a brand new Internet radio station that will be featuring music by Tha Native. I say it’s been a long time coming because we have known of this radio station when it was simply an idea. It was mentioned to Tha Native during the early stages of research and development, but now it’s basically live and 24/7; although there hasn’t been an official launch with a fully organized play list yet. At the 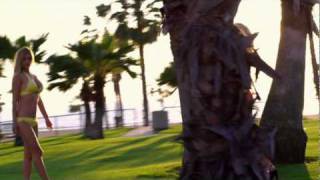 How many of you are familiar with Tha Native’s Billboard top 10 single, I Love (California)? This is easily one of his most popular songs to date and probably his most viewed music video on YouTube. We wanted to share with you all this video by one of the foremost Native American rappers today. If you’re an old fan of Tha Native, you’ve probably seen it. For the rest of you, enjoy and please subscribe to his YouTube channel. Enjoy. #NativeAmericanHipHop #NativeAmericanRapper

Friday night Tha Native had a Halloween costume party at his place in the Inland Empire. The festivities featured live rock and hip hop music performances. There was only a $5 entrance fee, and that included some free drinks and unlimited, freshly made tacos and more from a great Inland Empire taco caterer. Cash prizes of $500 were given out for scariest and sexiest costumes. There was also a raffle for several pieces of Sylvester Stallone movie memorabilia. We’ve mentioned p

Native American hip hop artist, Tha Native, ventured out for some spooky fun with some of his Inland Empire crew. Jerry’s killin’ that Fred Flintstone sized drumstick. It didn’t stand a chance against his prehistoric appetite. Just kidding Jerry D. We all know it was a long night. Just walking from area to area was crazy. Check out these videos. About to shoot some baskets. Too bad this game sucked for us all. It was near impossible to win anything. Who doesn’t like Coke? A m

Check back soon
Once posts are published, you’ll see them here.